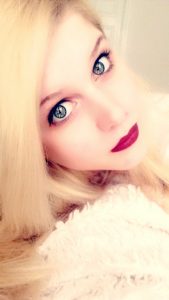 Lauren Hawkins was born in Austin, TX and primarily trained at The Austin City Ballet, formerly known as The Austin Conservatory of the Arts. She has been dancing for over 20 years, and has attended summer intensives at The Virginia School of the Arts, Houston Ballet, Richmond Ballet, and Ballet Austin.  She has trained with the Richmond Ballet in their Trainee program, and performed with their company in their annual Nutcracker, Stoner Winslett’s Windows, Malcolm Burn’s Romeo and Juliet and George Balanchine’s Who Cares?.  While dancing with Ballet Lubbock, she was offered a teaching position, which is how she discovered her love for teaching dance. Lauren graduated from Texas State University with a degree in English and Mass Communications, and currently is the head of Marketing at Movin’ Easy Dancewear, and performs with Austin Metamorphosis Dance Ensemble as a resident artist.

Amy Morrow is an Austin based teacher, choreographer, and Artistic Director of Fisterra. She promotes social well-being on a local, national, and global scale through the arts aided by science and technology. 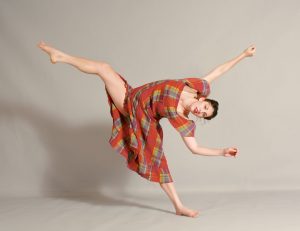 In 2013, Morrow launched the TBX [ Toolbox Series ] to provide professional development with internationally lauded artists. TBX produced 75+ residencies, 18 in partnership with The University of Texas, & 3 with Texas Performing Arts Center. 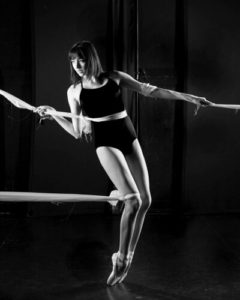 Sarah is originally from Los Angeles CA. In California, Sarah received dance training at Attitudes Dance Academy under the direction of Megan Hart and Joshua Romero. After moving to Texas, she studied dance at Metamorphosis Dance Academy under the direction of Melanie Kregel and Mel Glouchkova. Sarah went on to join Austin Metamorphosis Dance Ensemble at the age of 12. Sarah has been fortunate to perform in ballets such as Swan Lake, Sleeping Beauty, and The Nutcracker. Sarah has also studied in master classes including choreographers such as Emma Portner, Mia Michaels, Randall Flinn, Steve Rooks, and Dorrell Martin. Intensive studies include Sam Houston State University and Noble Motion Dance. Although only 20 years old, Sarah’s choreography has been featured in Ballet Under the Stars and with The Dance Project. Sarah has also received several “Choreographers awards” from dance competitions. Sarah graduated in June 2015 from Hendrickson High School in Pflugerville TX. She currently teaches at Round Rock Repertory Dance Centre and hopes to share her love of dance with her students. Sarah also co-directs RRRDC’s own dance company Emerge. Sarah plans to continue her dance training with a focus on choreography. 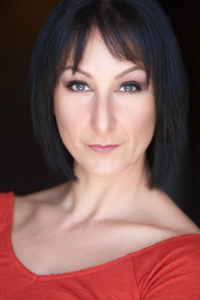 Jesee moved to Austin in 2006 after graduating from Northern Illinois University with a Bachelor of Science in Business Management (Human Resources) and a Bachelor of the Fine Arts in Dance Performance and Education. She currently choreographs and performs in and around Austin, including multiple performances per year at the Georgetown Palace Theatre. She is the Company Manager for the Youth Performance Company at the Palace as well.

Jesee taught ballet, pointe, modern, tap, and jazz for ten years prior to moving to Austin. She was a founding member of the award winning competition group “Petite Feet” with DancEncounter in Geneva, IL. While attending Northern Illinois University, Jesee was the director and producer of Art for Life, an AIDS benefit concert including all of the visual and performing arts. It was associated with Dance for Life in Chicago to benefit those artists living with and dying from AIDS.

People have asked me why I chose to be a dancer. I did not choose. I was chosen to be a dancer, and with that, you live all your life.Martha Graham 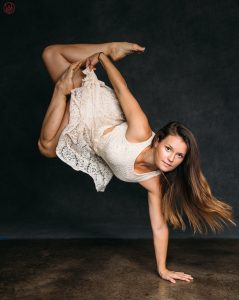 Originally from Orlando, Fl, Laura graduated from University of South Florida with her B.F.A. in modern dance performance in 2015. During her college career she had the opportunity to travel to France to study, dance, and choreograph in the USF Dance in Paris Program and the International Dance Festival in Trinidad and Tobago. After graduation Laura continued her training in summer programs with Robert Moses Kin, Repertory Dance Theatre, and Bodytraffic. During her remaining time in Florida she was a member of Red Right Return Dance Company where she performed at the annual Orlando International Fringe Festival. She then traveled to Maine to collaborate with Susan Douglas Roberts, Artistic Director of wildgoosechasedance, and dancer Alex Masi to launch its choreography project of the summer. Laura recently moved to Austin from Bloomington, IN where she collaborated with Stephanie Nugent Dance. Since moving to Austin she has performed in projects with Blipswitch, NunaMaana, Jennifer Sherburn’s 11:11:08, and Empty Maps Collective in this years Revolve: Movement Display. 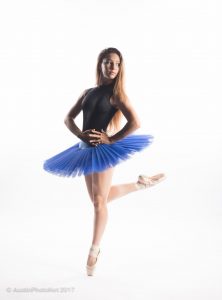 Maddie began dancing at the age of 4 at Round Rock Repertory Dance Centre.  She joined their Junior Performing Troupe at the age of 8 and was a member of their Senior Performing Company for 7 years. She has also trained in summer programs at Ballet Austin with Jamie Lynn Witts, Ian Bethany, and Bill Piner. For the past 3 years, she has studied under Randall Flynn, Shizu Yasuda, Vincent Hardy, Durrell Comedy, the amazing Steve Rooks, and the Ad Deum Dance Company at multiple dance intensives and master classes in Houston, and this year will begin taking regular classes with the Ad Deum dancers to enhance her technique training. Maddie received the “Innovative Concept” award for her duet choreography in 2017 at the Act 1 Dance Competition.  She is currently a company dancer and choreographer with The Dance Project. 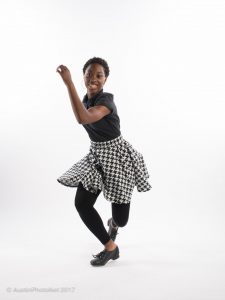 Ryia Martin first started dancing at the YMCA at the age of 5 where she took ballet for a year then was recommended to attend Round Rock Repertory, where she is currently enrolled. She has been dancing at RRRDC for about 11 years and was on the Rock Stars, now Emerge, team in 2015. She started with a ballet class taught by Julie Roper, RRRDC’s previous owner, then took tap from Chris Barfield. She has taken and passed Cecchetti levels 1-3 in the last 4 years under the instruction of Ms. Diedre Russell Robinson. She has taken rhythmic tap, Broadway tap, ballet, pointe, lyrical, modern, and jazz at RRRDC. Her ultimate dance goal is to tap with Tapestry Dance Company and Academy.

In 2015 she taught tap and ballet at Grace Covenant Church for the Round Rock Homeschool Group. She is currently an assistant at Carnival of the Arts with Ms. Ann Powell. Now in the 12th grade, Ryia has been homeschooled all her life and is in her fifth semester of classes at Austin Community College (ACC) in a program called Early College High School for Homeschoolers. Upon graduating high school with her Associates degree, she plans on transferring to the University of Texas at Austin to major in English and Dance. She plans on continuing to teach and would like to become a private tap teacher for students of all ages. 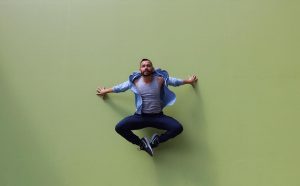 Joshua began his dance training at Cal State University, Fullerton.  He was a member of CSUF’s Dance Repertory Theatre and graduated with a Bachelor of Arts Degree in Dance in 2008.  His experience in dance, music, and arts evolved through his dance memberships and trainings with Palindrome Dance Company, RhetOracle Dance Company, BARE Dance Company, Nickerson-Rossi Dance Company.  He also worked with artists of Limon Dance Company, Erick Hawkins Dance Company, and choreographer Victor Kabaniev. Joshua is the founder and artistic director of FUSE Dance Company based in Orange, CA. They have been sharing their movement throughout California as well as, Austin TX, Boston MA, NYC, and Seattle WA. He currently shares his passion as an instructor/choreographer to all dance students of California State University Fullerton, Mount San Antonio College, Orange County School of the Arts and Santa Ana College. Joshua received his Masters in Dance in June of 2017, from the University of California, Irvine. 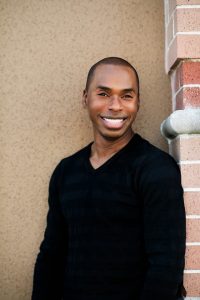 Martin has a solid training and performance background. He was a soloist for the national and international touring company “A Few Good Men Dancin” and has danced in shows such as Aida, West Side Story, Lion King, Swing and appeared in the movie ENCHANTED. Martin has also performed with many professional companies, including Arch Dance, Locke Contemporary Dance, Houston Grand Opera, Metropolitan Opera, and Richard Rivera’s PHYSUAL as well as Radio City’s Christmas Spectacular, just to name a few. He has performed in venues such as Jacob’s Pillow Dance, Joyce SoHo, Blaktino at BAAD in the Bronx, Riverside Theatre and American Dance Festival with some of New York’s emerging choreographers. Martin appeared on the talk show THE VIEW with singer Emma Bunton of the Spice Girls. He has performed with recording artists such as Jennifer Lopez, Pink, Black Eyed Peas, Rihanna and Debra Cox.

Sam Nelson is a dancer and choreographer from Austin, Texas who is trained in Contemporary, Jazz, Lyrical, Hip Hop, Jazz Funk, Ballet, Ballroom, and Tap. He was recently seen on So You Think You Can Dance Season 16 and finished in the Top 20 Guys on the hit TV show. Sam performed live at the 2019 Primetime Emmys and Creative Arts Emmys. He is a Company Member with Embodiment THE Collective under the direction of Rudy Abreu where he has had the opportunity to perform at NBC’s World of Dance Championships, Moves at The Montalban, Brian Friedman’s The Main Event Encore, and Kenny Wormald’s Onstage Showoff at Dancerpalooza. Sam was also a featured dancer at the Palm Desert Choreography Festival in 2019. 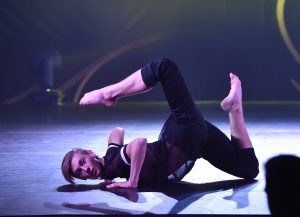 Since signing with Movement Talent Agency, Sam has relocated to the LA area. He has taught master classes for the Dance program at Cal State Fullerton University, Millennium Dance Complex Pittsburgh, and is on faculty at Millennium Dance Complex OC. In addition, Sam has taught at several studios in the LA area including The House and The Project. He appeared as a featured dancer at VidCon’s Festival, and in Nia Sioux’s music video “FLXXN”. Sam has performed live at Vidcon’s Carnival, the Austin Choreographer’s Ball with Phil Wright, and Vidcon’s Night of Dance. Additional credits include Adidas, Ivy Park, Kyle Hanagami, Leroy Sanchez, and Six Flags.

Sam has toured with Nexus Dance Convention and Next Gen Dance Convention and Competition as a Contemporary instructor, Jolt Dance Convention as a Lyrical instructor, and as a Pro Assistant for Transcend Tour. Before relocating to Los Angeles, Sam spent several years teaching in Texas where he worked as a resident instructor and choreographer at several Austin area studios. Sam’s unique choreography has won numerous National and Regional titles as well as earned several dancers admittance into colleges including Juilliard, Marymount Manhattan, the University of Arizona, and the University of Utah.

Sam has trained with many award-winning choreographers including Travis Wall, Teddy Forance, Mark Meismer, Jaci Royal, Rudy Abreu, Phil Wright, Sabrina Phillips, Kirsten Russell, and Tessandra Chavez just to name a few. Growing up dancing in the convention and competition circuit, Sam quickly found his passion for dance and gained a love for training and performing. He earned many awards and scholarships including opportunities to train at EDGE Performing Arts Center, Broadway Dance Center, Steps on Broadway, Millennium Dance Complex, and received acceptance into the Peridance Certificate Program in New York. Sam has had the wonderful opportunity to assist several national dance conventions including Hollywood Connection, Titans of Dance, Artistic Dance Exchange, NRG, Tremaine, and The Streetz. He also toured with Adrenaline and Revive conventions for a year as their National Dance Honors title holder. Sam has traveled extensively throughout the country choreographing, teaching, performing, and training and is looking forward to being inspired by dancers from all over the country who share his love for dance.